One in four people across the world — nearly 2.5 billion — could face some degree of hearing loss by 2050 with at least 700 million requiring access to treatment and rehabilitation, a WHO report warns.

The first World Report on Hearing predicted that in 2050 the highest number of people with some degree of hearing loss is likely to be found in the WHO Western Pacific region — which includes Cambodia, Malaysia, the Philippines, and Vietnam — with nearly 760 million, and the South-East Asia region — which includes Bangladesh, Bhutan, India, and Indonesia — with nearly 660 million. 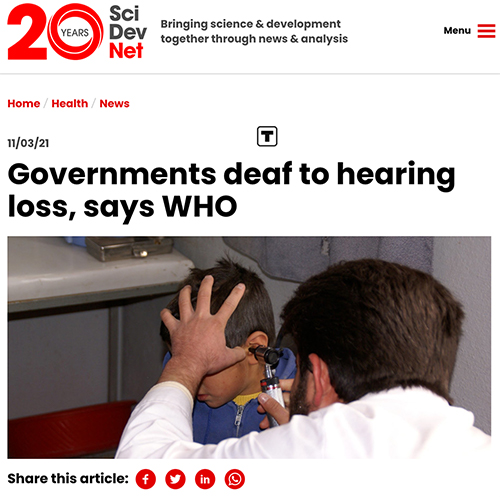