“I was so nervous. I was like, ‘Oh my god, OK, I’m going to ref this game and I’m deaf,'” he said during a recent interview with CBC Radio’s Information Morning. Mae Smithman, an ASL-English interpreter, facilitated communication in both languages for the interview.

Six years later, the former player with the Canadian Deaf Soccer Team has continued to climb the ranks with Soccer Nova Scotia. He believes he’s the only deaf soccer referee working in the province, and in 2016 — his first year — he was named official of the year.

“I was the only deaf person and the first deaf person to really try this, so it was a new experience for everyone,” he said. 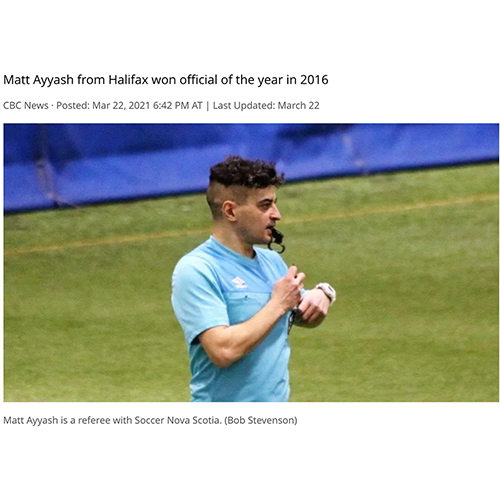 Journey of Sound to the Brain | YouTube NIHOD
Scroll to top