With TranscribeGlass, deaf & hard of hearing people can see the words they cannot hear | Newz Hook

Indian teenager Madhav Lavakare has developed an affordable and comfortable assistive technology device for people who are deaf and hard of hearing called TranscribeGlass. This is a smart glass that allows people with hearing impairments to see the words they cannot hear. An early beta version of the device will be launched by August 2021.

Three years ago, Madhav Lavakare was in his junior year of high school when a friend who was hard of hearing dropped out of school because he could not understand what was being taught or follow conversations around him. That led Madhav, who is now 19, to think of building a solution.

“The idea was to build a solution to address the communication barriers faced by deaf and hard of hearing people who do not have access to, or cannot afford existing solutions such as hearing aids or cochlear implants”, says Madhav. Taking some inspiration from Google Glass, he set upon developing a heads-up display for people with hearing loss, including the deaf, hard of hearing and the elderly.

The result is TranscribeGlass, an assistive technology device that improves comprehension of spoken communication using captions. 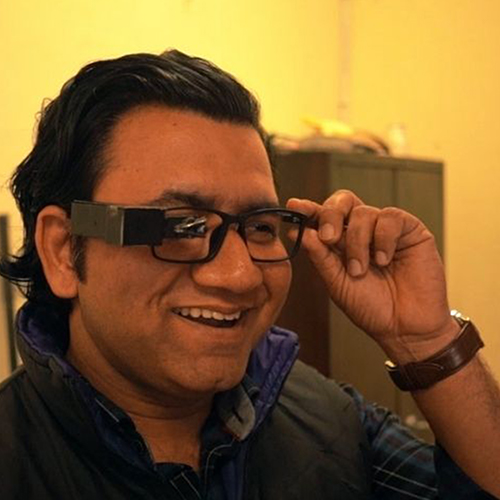