When Police Officers Don’t Know About the ADA ｜ The Atlantic

In many jurisdictions, cops’ noncompliance with the law has led to strain and miscommunication with the deaf community

One week ago, Magdiel Sanchez, a deaf man, was shot and killed in front of his Oklahoma City home by police. Sanchez, who often used a short metal pipe to communicate, waved it in the air after an officer arrived at his home to investigate a hit-and-run incident.

According to a witness’s account, the situation escalated after the officer ordered Sanchez to drop the pipe and he did not comply. Exasperated neighbors shouted that he couldn’t hear the commands. “Don’t kill him, he’s deaf,” one onlooker, a 12-year-old girl, cried out. Within moments, the witness said, a second officer appeared to provide backup, and he quickly discharged his gun. Sanchez was pronounced dead at the scene. 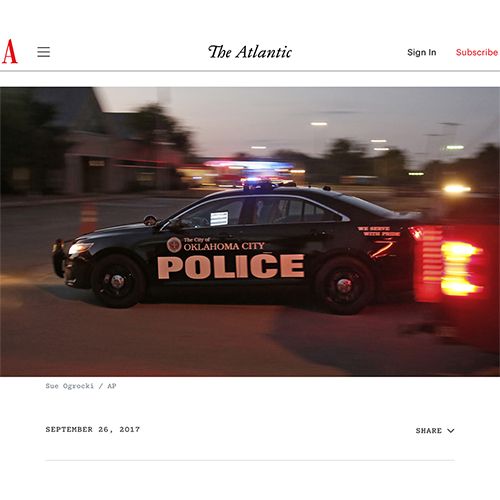 ‘Deaf Talent’ trademark dispute leads to fears that deaf creatives may no...