As a seemingly gruff, disarmingly loving deaf fisherman, Troy Kotsur nearly runs away with the coming-of-age film “CODA.” And with his latest nomination for his performance — this one from the Screen Actors Guild (SAG) Awards — he’s made history.

Kotsur, who Wednesday morning was nominated for best supporting actor at the SAG Awards, became the first deaf actor to score an individual SAG nomination, voted on by fellow actors. He and the rest of the film’s performers, several of whom are deaf, also received a nomination for outstanding cast.

In a statement provided to CNN, Kotsur said the SAG nomination “humbled” him.

“Hopefully the recognition that this beautiful film is receiving can serve as a reminder of just how funny, complex, and powerful Deaf voices can be, and that stories with actors who happen to be Deaf can be mainstream stories,” Kotsur said in the statement. 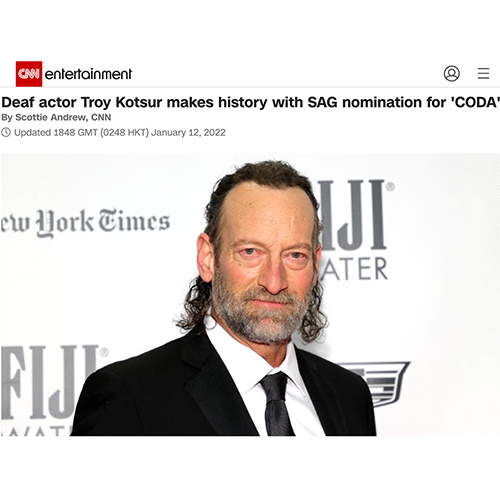 Inside the making of an ‘Only Murders in the Building’ episode with...