ITV’s hit police drama The Bay returns for a third season this week, with new family liaison officer (FLO) DS Jenn Townsend (Marsha Thomason) assigned to support the family of a young boxer whose body is found in the bay on her first day at work.

Rina Mahoney and Michael Karim memorably play murder victim Saif Rahman’s grieving mother and older brother, but the standout performance of the series comes from Nadeem Islam, who plays Saif’s younger brother Jamal. A Deaf teenager who struggles with not being fully involved in family life, Jamal bonds with DS Hobson (Erin Shanagher) when he discovers she knows BSL (British Sign Language) and can communicate with him.

“A particular highlight was filming with Erin, who learnt BSL specifically for her role,” says Nadeem, an accomplished Deaf actor who has appeared on stage and in the BBC TV series See Hear. “She’s such a riot to work with! Every time we did our BSL signed scene, we usually just encouraged each other and felt like we were both changing the world!” 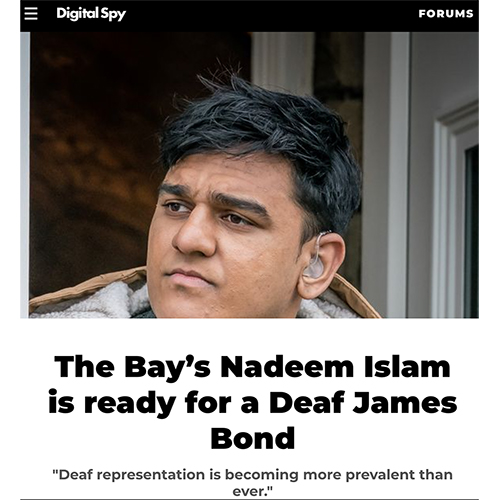 A World to Be Discovered: Deaf artists of Omaha | Gateway