Dr. Dre, Snoop Dogg, Eminem, Kendrick Lamar and Mary J. Blige are getting ready to take the stage for the halftime show of Super Bowl LVI, and they’re giving a rapper from Detroit a very special opportunity to join them on stage.

On Friday (February 4), the Detroit Free Press announced Sean Forbes, a deaf rapper from Detroit, Michigan, would be hitting the Super Bowl LVI halftime show. According to the report, the National Football League contacted an unsuspecting Forbes and invited him to perform during the Hip Hop centric event.

Forbes will have the duty of performing sign-language interpretations of the headliners’ music alongside another deaf rapper named Warren (WaWa) Snipe. It’s the first time the NFL will have sign-language performances incorporated into their halftime show, and fans can watch it on NBCSports.com and the NBC Sports app. 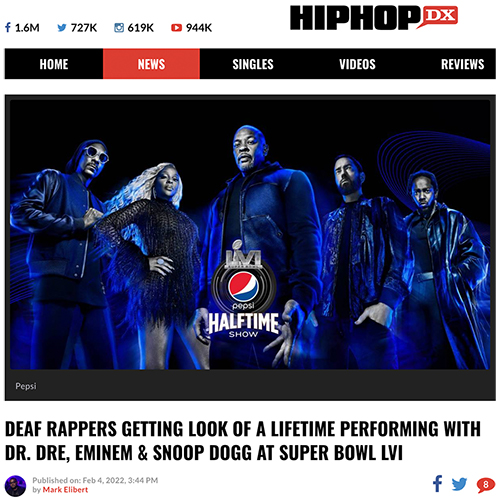