The Last Kingdom has introduced its first deaf character in its final season, which dropped on Netflix as a binge-watch launch today (9th March).

The semi-factual drama series chronicles how several disparate kingdoms came together to form what we now know as England, from the point of view of fictional warrior Uhtred of Bebbanburg (Alexander Dreymon).

A pivotal setting in the opening episodes is Eoferwic, a town in the kingdom of Northumbria and one of the last remaining Dane settlements, ruled by Uhtred’s daughter Stiorra (Ruby Hartley) and her husband Sigtryggr (Eysteinn Sigurðarson).

Taking place about a decade after the events of season 4, much has changed in their lives and that includes the company they keep, with Stiorra having formed a friendship with loyal servant Hella – played by deaf actor Lara Steward. 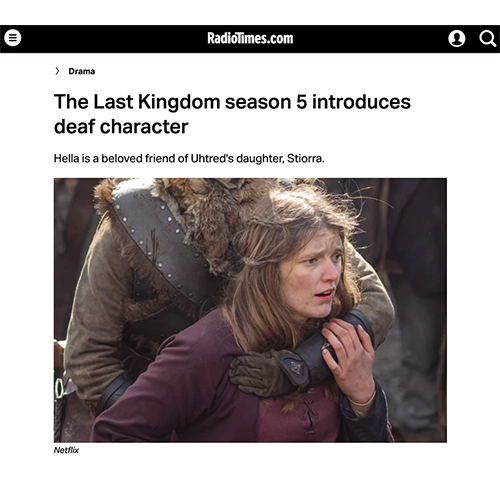 ADARA: Professionals Networking for Excellence in Service Delivery with Individuals...