Hartford — Nicole Tirado and Mark Rokycky may be graduating from two different Hartford high schools this week, but they share a lot in common.

Both are headed to UConn this fall, with Tirado, the salutatorian of Weaver High’s Class of 2022, set to major in biology, while Rokycky, a Wethersfield resident who is graduating from University High School of Science and Engineering, is entering the university’s honors program.

Both are bilingual — Tirado in English and American Sign Language, Rokycky in Ukrainian and English — and have used their grasp on their respective languages to provide support for their families, albeit in different degrees, when needed.

They both experienced hardships as a result of the communities they grew up in, only to emerge more resilient.

Both were among the 120 students who received the Connecticut State Seal of Biliteracy, which recognizes public high school graduates who have attained a level of proficiency in English and one or more other languages.

And both were among six students who were feted by the Board of Education recently for either being trilingual or, in Tirado’s and Rokycky’s cases, who were the first graduates of Hartford schools who were proficient in their respective languages outside of English. 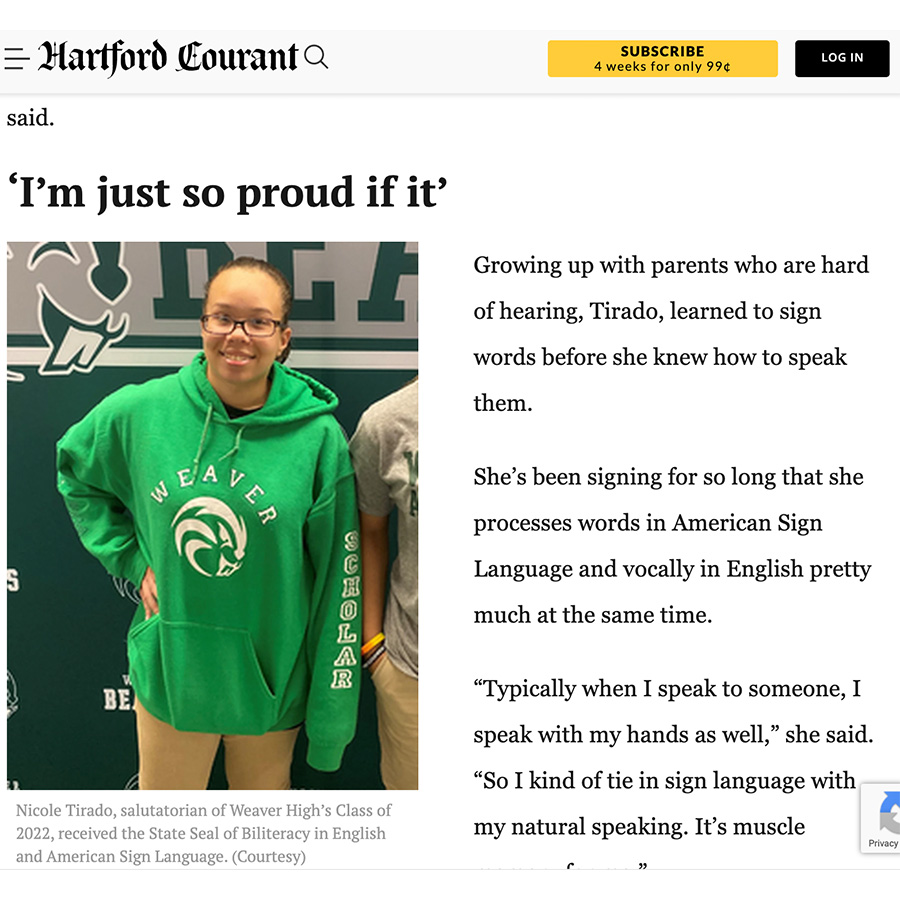 Deaf Coldplay Fans Get An Unexpected Surprise During A One-Of-A-Kind Concert...