Brice Christianson went to sporting events as a child and realized how inaccessible that world was for his deaf father.

Sign language interpreters have been present for national anthems, but this represented the NHL’s biggest step yet to make the stories around hockey available to the deaf and hard of hearing community.

“We’re just scratching the surface,” said Christianson, who is the CEO for P-X-P, which specializes in making sports and entertainment more accessible for the deaf and hard of hearing. “Before, we always felt like we were lucky. Like I felt like we were lucky to be here, they’re giving us an opportunity, and I don’t mean this arrogantly, but now I feel like we belong.”

Christianson and P-X-P chief operating officer Jason Altmann didn’t just belong. They were guests of honor at the final, spending time with Bettman and other league executives in the green room at Ball Arena after helping out at the news conference. Altmann signed it was important to have American Sign Language access to play by play, commentary and news to make sports feel more welcoming. 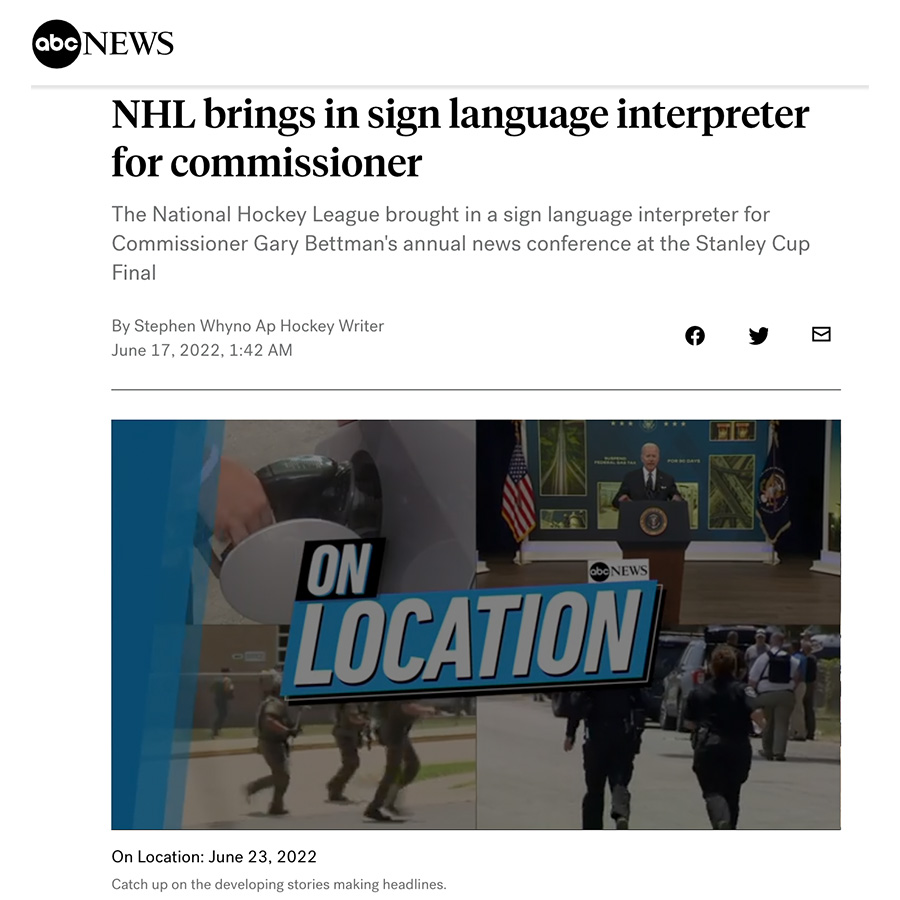 Academy Board Adds Marlee Matlin, Jason Reitman, Jason Blum and More to the...
Scroll to top