Governments should provide more support for deaf people as they play an important role in supporting disabled people’s independence and performances, according to Oscar-winning actor Troy Kotsur.

“Deaf people are no different from non-disabled people. We can do anything when opportunities are sufficiently provided,” Kotsur, who won an Oscar in March for his supporting role in “CODA,” said using American Sign Language at a press conference held at the Ambassador Seoul — a Pullman Hotel, Tuesday.

Organized by the Korea Association of the Deaf, the press conference followed a ceremony in which the deaf actor was appointed the ambassador for the 19th World Congress of the World Federation of the Deaf, scheduled to kick off on Jeju Island in July 2023. 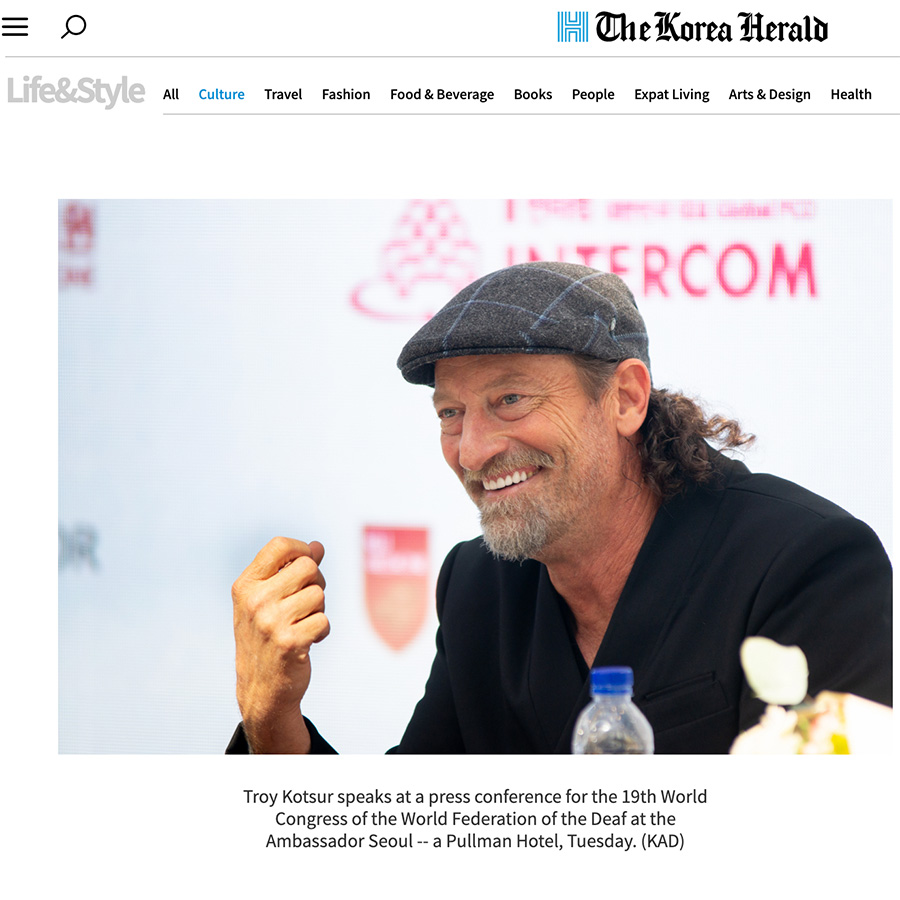