This year, Marlee Matlin accomplished a first, stepping behind the camera to direct an episode of the FOX anthology TV series “Accused.”

It’s the latest in a long line of trailblazing moments for Matlin, who was the first deaf person to win an Academy Award and the youngest winner of the best actress Oscar for her performance in 1986’s “Children of a Lesser God.” Matlin returned to the Oscar stage this year when “CODA,” a film about a hearing child with a deaf family that she co-starred in, won best picture.

Matlin will share her story at the Moore Theatre on Sept. 16, relaying tales from her prolific Hollywood career and the challenges and triumphs along the way. We spoke on the phone with Matlin, in Los Angeles, via her longtime interpreter Jack Jason. Excerpts of the conversation, edited for length and clarity, follow.

Do you feel like you gain a new perspective on your life experiences by sharing them with an audience?

I am always inspired by audiences. That’s why I love the fact that we’re back, meeting each other in person. I get as much inspiration from an audience by being there with them as they do for me. I have grown over the last 35 years and have always been impatient to see the rest of the world grow along with me because I never feel like they’re moving fast enough. But I continue to persevere and, hopefully, people will come along with the same idea that nothing is impossible if you just set your mind to it. 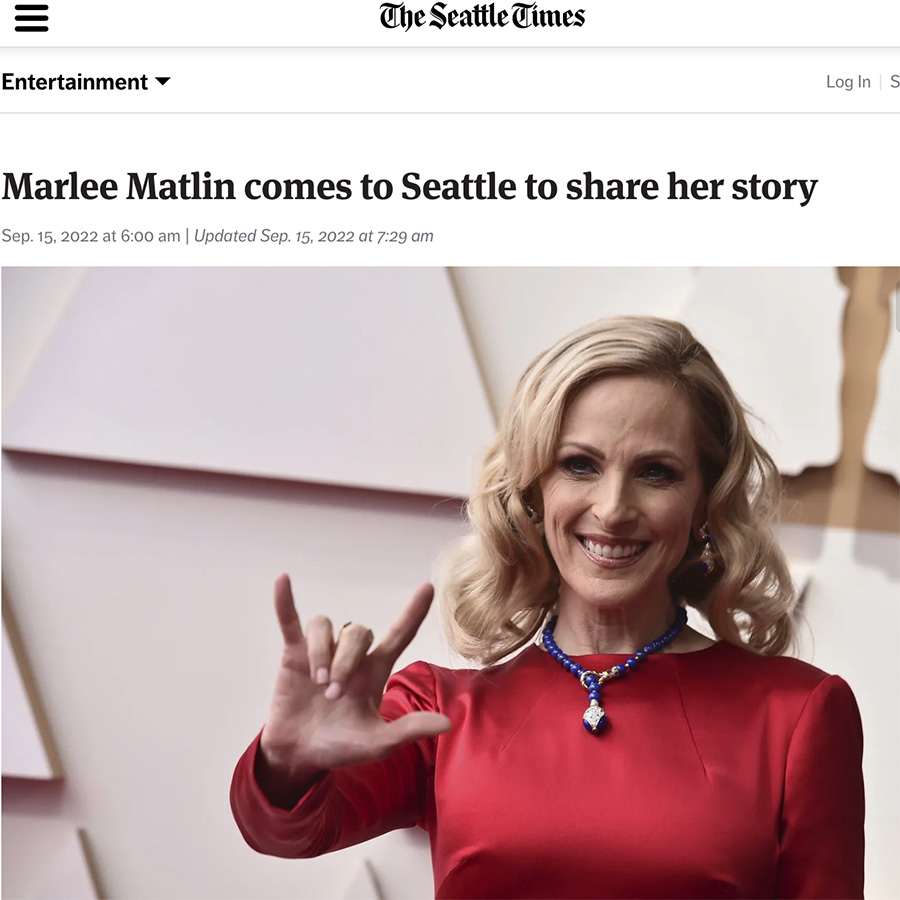 Amidst shortage, TJC offers ASL Skills Certificate to get interpreters into...
Scroll to top