Having deaf parents meant she was constantly aware of mistakes and gaps in subtitles, she said. “Because I have the privilege of hearing, I could tell, ‘Oh, they really messed that up — you’re totally missing the really important point.'”

In fact, some people with hearing loss call automatic subtitles “craptions,” she said.

According to the US Census, 11.5 million Americans have some sort of hearing impairment, ranging from difficulty in hearing conversation to total hearing loss.

But TV subtitles are now used far more widely than by people who are deaf or hard of hearing.

About 40% of Netflix’s global users use them all the time, while 80% use them at least once a month, according to the company’s internal data. Dowdy said that’s due in part to people watching more than one screen at a time, so text helps them follow the story.

“That’s more than people that have a disability — that’s a lot of other folks that are benefiting from a technology that was initially, you know, created to support people with hearing aids,” she said.

The fact that her work impacts a far wider audience than those with disabilities is a plus for Dowdy. “That’s really what my role is about — there are so many benefits to looking at the disability community and then understanding how that benefits all of us,” she said.

“The great thing is we don’t have to know if you have a disability, we just are focused on what exactly is the feature that allows you to participate.” 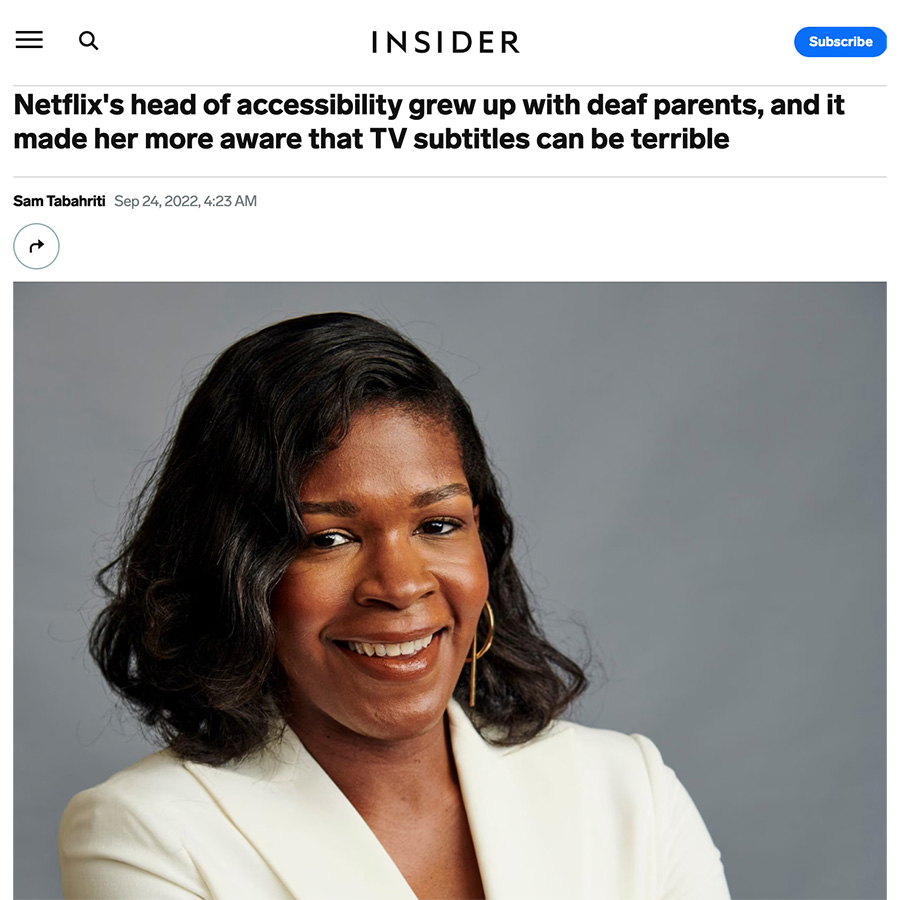