Last week, on an unseasonably warm November afternoon, Gallaudet offensive line coach Todd Collins jogged onto the field, pushing the team’s big bass drum on wheels to midfield, where he banged on it repeatedly, signaling to the nation’s only deaf and hard of hearing team it was time to stretch. While many couldn’t hear the thunderous, rhythmic beat that echoed through the otherwise quiet campus, they could all feel its vibration.

Lateral stretch to the right.

Lateral stretch to the left.

On one knee for hip flexors.

Coach Chuck Goldstein, who is hearing, hasn’t used a whistle at practice in 13 years.

As the sun set on the nation’s only entirely deaf and hard of hearing campus, the lights in the nearby dorm rooms glowed softly. When one blinks, it signals a visitor has arrived. The doorbells at Gallaudet change the lighting instead of making a sound because most students wouldn’t hear a doorbell or a knock. On game nights, it’s not uncommon to see multiple windows winking on different floors. In the morning, alarm clocks vibrate under pillows. 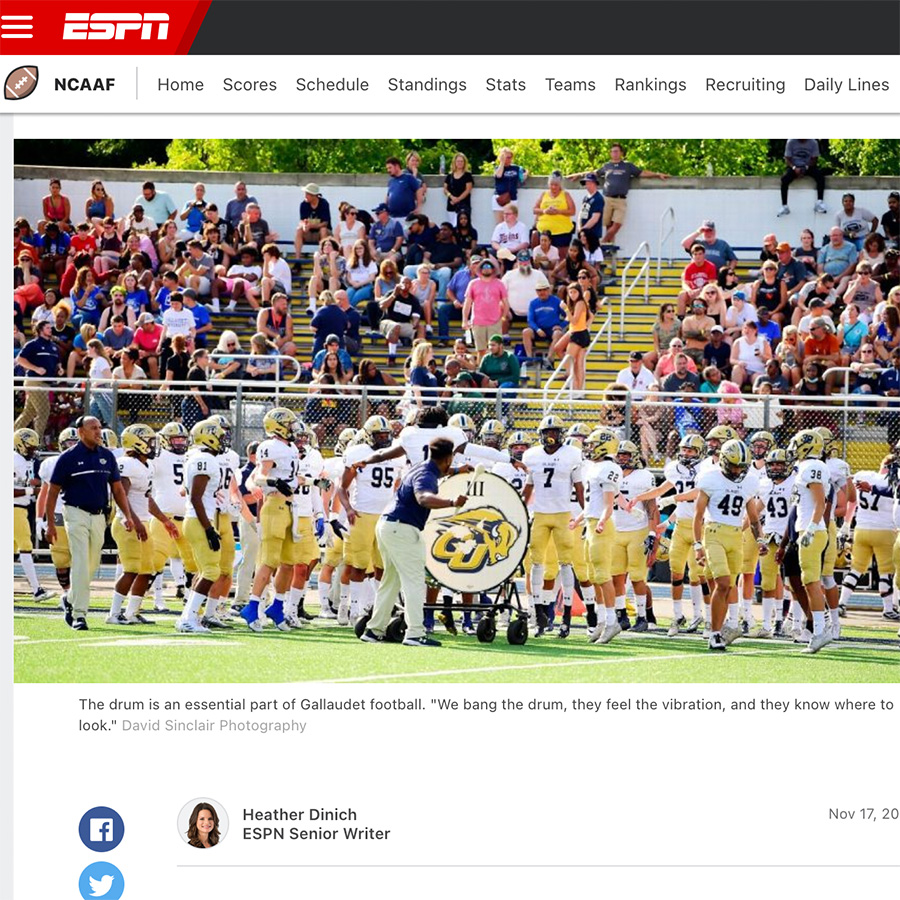 International Congress of The Dutch Association of Sudden & Late Deafen...