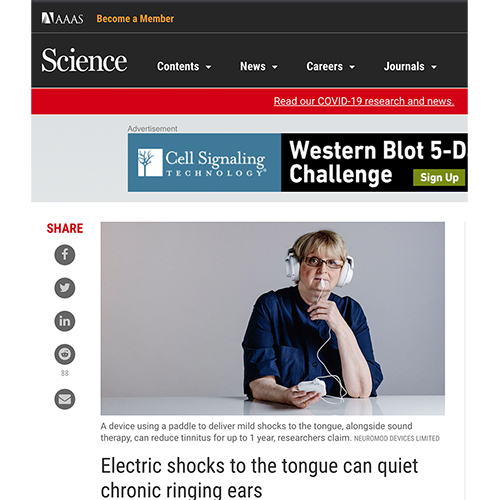 Tinnitus—a constant ringing or buzzing in the ears that affects about 15% of people—is difficult to understand and even harder to treat. Now, scientists have shown shocking the tongue—combined with a carefully designed sound program—can reduce symptoms of the disorder, not just while patients are being treated, but up to 1 year later.

It’s “really important” work, says Christopher Cederroth, a neurobiologist at the University of Nottingham, University Park, who was not involved with the study. The finding, he says, joins other research that has shown “bimodal” stimulation—which uses sound alongside some kind of gentle electrical shock—can help the brain discipline misbehaving neurons.

California Association of the Deaf
Scroll to top