In ‘And Just Like That,’ Hearing Loss Is The Punchline Of The Joke… Again | HuffPost

“Sex and the City” was one of my favorite shows when it first came out, so I eagerly awaited its revival series “And Just Like That…” It has been an incredible disappointment in many ways, including its stereotypical and negative portrayal of hearing aids and hearing loss.

I’m referring, of course, to Steve, a lovable character on the original show whose entire personality seems to have been reduced to an outdated punchline about his inability to hear what’s going on around him. For a show that aims to celebrate the lives of people in their 50s, this was a huge misstep.

Here’s the dialogue from the first time we see hearing-aid-wearer Steve on screen:

Later in the scene, Stanford turns to Steve and says, “Steve, would you ever just leave Miranda? Oh, boy.”

And later, Miranda whispers to him during a performance, “Tell your son to stop.”

I guess it didn’t take the actor long to learn his lines.

As a hearing aid wearer, I am angry. It took me decades to make peace with my own pair. I would hate for this unattractive and inaccurate portrayal of life with hearing aids to prevent anyone from embracing these life-enhancing devices. 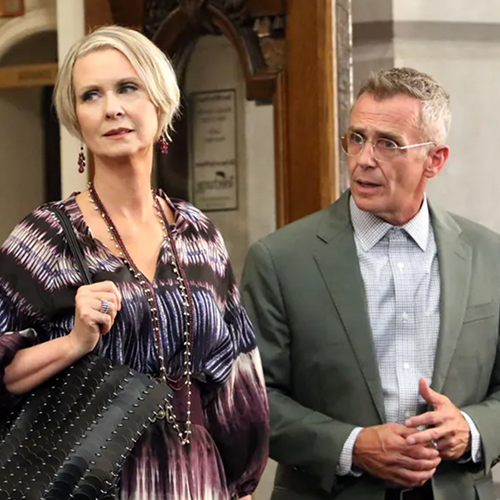