Scientists from the Salk Institute and the University of Sheffield co-led a study that shows promise for the development of gene therapies to repair hearing loss. In developed countries, roughly 80 percent of deafness cases that occur before a child learns to speak are due to genetic factors. One of these genetic components leads to the absence of the protein EPS8, which coincides with improper development of sensory hair cells in the inner ear. These cells normally have long hair-like structures, called stereocilia, that transduce sound into electrical signals that can be perceived by the brain. In the absence of EPS8, the stereocilia are too short to function, leading to deafness.

The team’s findings, published in Molecular Therapy – Methods & Clinical Development online on July 31, 2022, show that delivery of normal EPS8 can rescue stereocilia elongation and the function of auditory hair cells in the ears of mice affected by the loss of EPS8.

Our discovery shows that hair cell function can be restored in certain cells,” says co-senior author Uri Manor, assistant research professor and director of the Waitt Advanced Biophotonics Core at Salk. “I was born with severe to profound hearing loss and feel it would be a wonderful gift to be able to provide people with the option to have hearing. 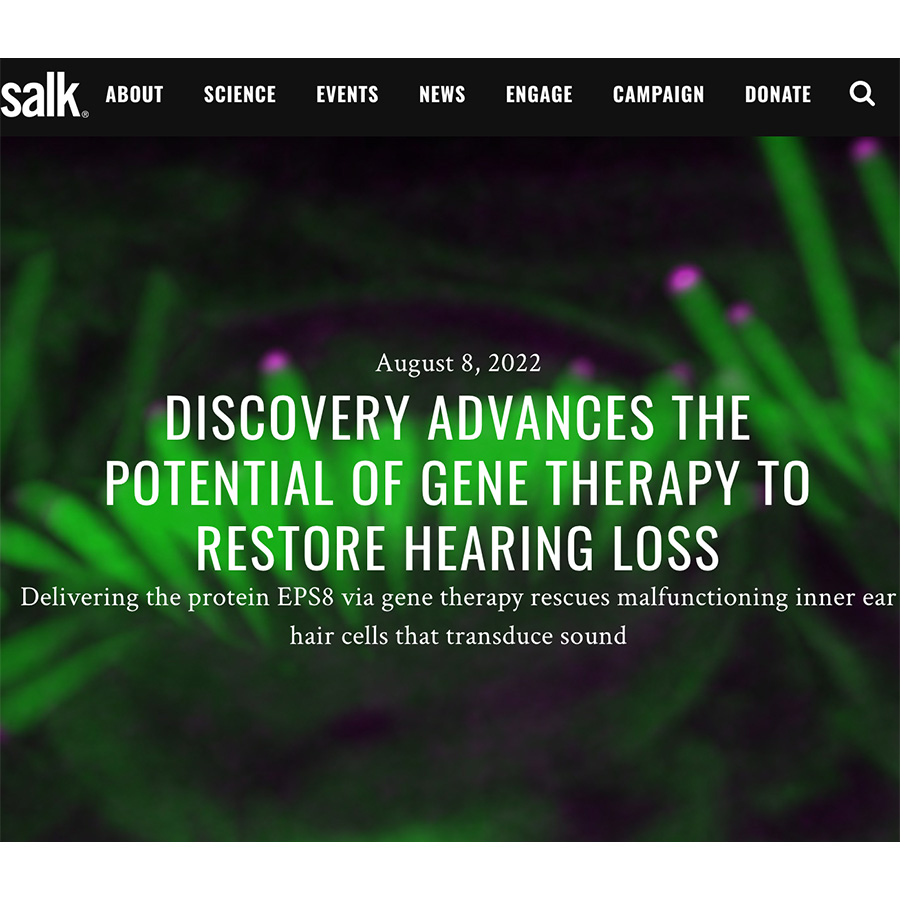