A sign language interpreter for this year’s Late Late Toy show has opened up about the importance of inclusivity on Irish television.

Tonight will see Ryan Tubridy present his 14th Toy Show, which is centred around the classic film The Wizard of Oz.

Audio Description (AD) for Blind and Vision Impaired audiences will be provided on the Sunday repeat. AD version will be available on RTÉ Player after the programme airs on television. The programme will be audio described by Clara Murray and Kevin Sherwin.

Speaking to reporters ahead to the official start of festive season, contemporary visual arts performer Amanda gave an insight into what viewers can expect from the big show. 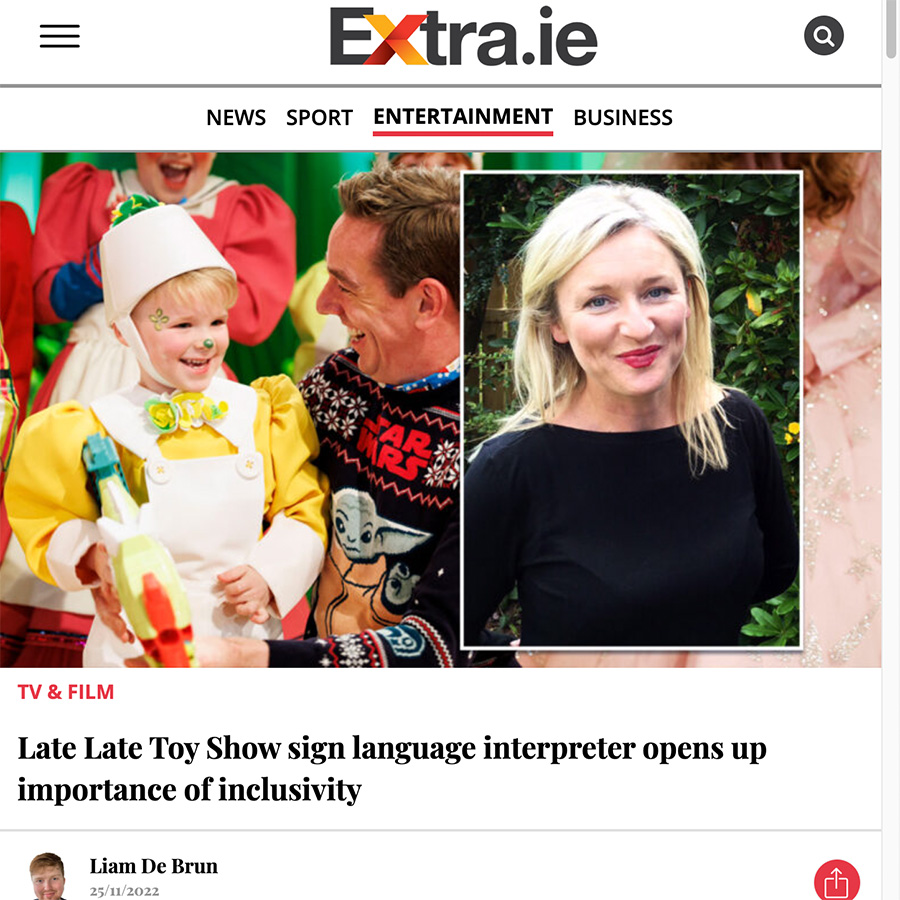