A Japanese research group has become the first to reveal that the checkerboard-like arrangement of cells in the inner ear’s organ of Corti is vital for hearing. The discovery gives a new insight into how hearing works from the perspective of cell self-organization and will also enable various hearing loss disorders to be better understood.

These research results were published online in Frontiers in Cell and Developmental Biology on December 8, 2022.

In the organ of Corti in the inner ear, there are two types of cells arranged in a checkerboard-like mosaic pattern; hair cells responsible for hearing and their support cells. However, the relationship between this checkerboard pattern and hearing function has long remained unclear.

In mice in which the cells in the organ of Corti could not form into this checkerboard pattern, only the hair cells died (apoptosis), which resulted in deafness.

For the first time in the world, it was understood that the checkerboard layout plays a fundamental structural role in preserving hair cells and their functionality as the arrangement prevents hair cells from adhering to each other. 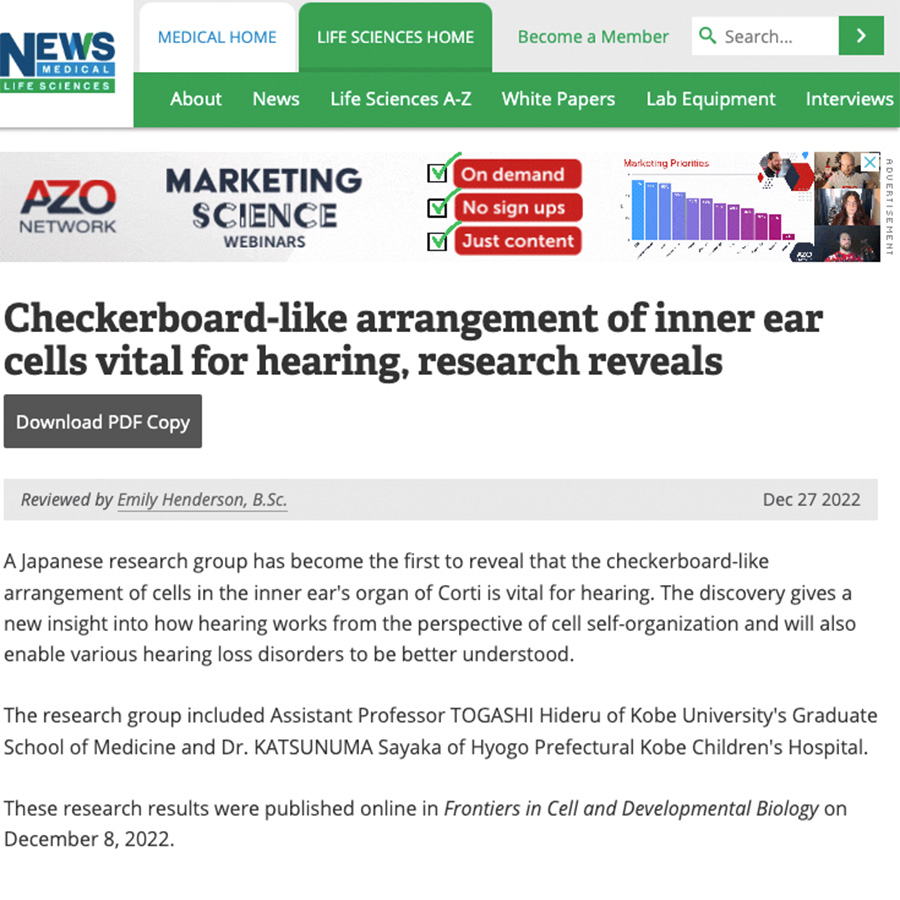 Where you get hooked on ASL! | ASL Nook