Charlotte Arrowsmith is a deaf actor who has made history. Laura Reid looks at her achievements and why a new role to promote British Sign Language is so important.

She made history as being the first British Sign Language (BSL) deaf actor to perform in a mainstream Royal Shakespeare Company (RSC) production and now Charlotte Arrowsmith has taken on a new ‘first’ at the Yorkshire trust which runs her former college.

Charlotte, who graced the stage at the RSC as Cassandra in Troilus and Cressida back in 2018, has been named as the first BSL ambassador for Doncaster Deaf Trust.

The former student at the trust-run Communication Specialist College, previously known as Doncaster College for the Deaf will work to help promote the use of BSL. 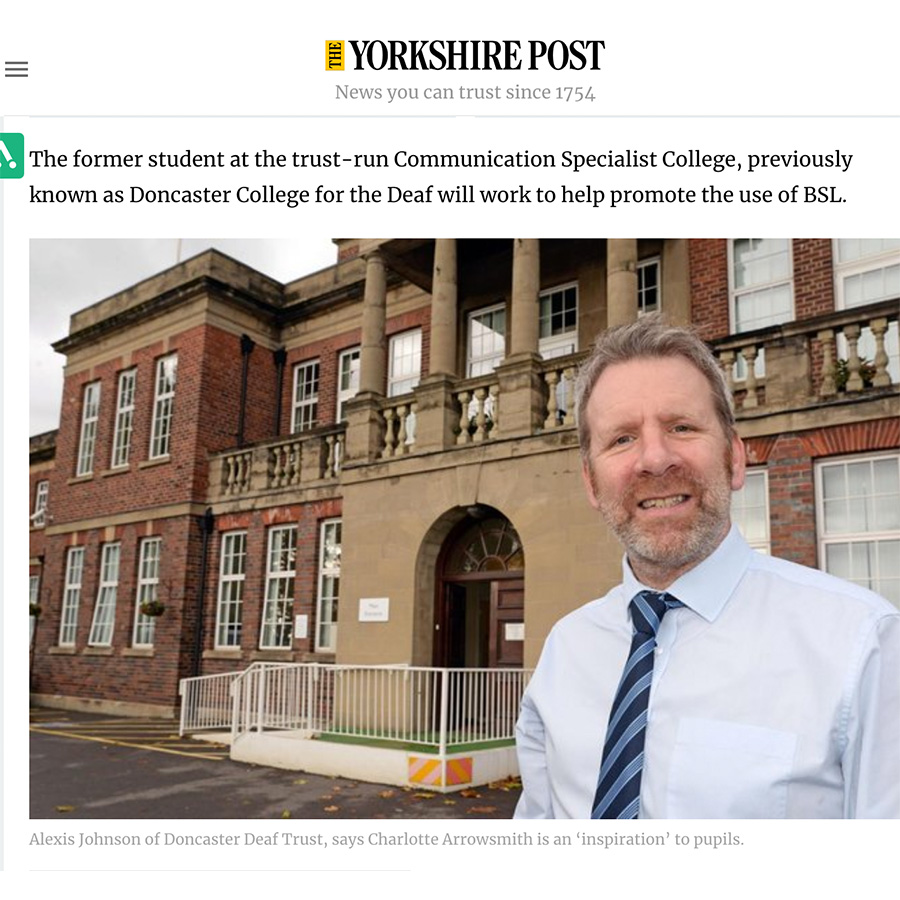 Cracking the CODA – children of deaf adults break the silence on their challenging...