A new service has launched to allow people to make 999 calls using British Sign Language (BSL) for the first time.

The new service, 999 BSL, will allow deaf people to make emergency calls using an app or website, connecting callers with a BSL interpreter.

It is free to use and operates 24 hours a day, seven days a week.

Ofcom announced telephone and broadband companies must carry the service last June, estimating it would save two lives a year.

The system, which launched on Friday, is the first time a 999 emergency service will be available in British Sign Language, though a similar process exists for the NHS 111 number.

People who use the service will be put through to a BSL interpreter, who will then relay the conversation to a 999 operator.

A text service for 999 already exists, though users have had to register for that prior to use.

The new sign language-based service does not require registration, meaning callers can use it as long as the app or webpage is open.

To make a call with 999 BSL, users need to open the app or webpage, then press a red button that will connect them to an interpreter. 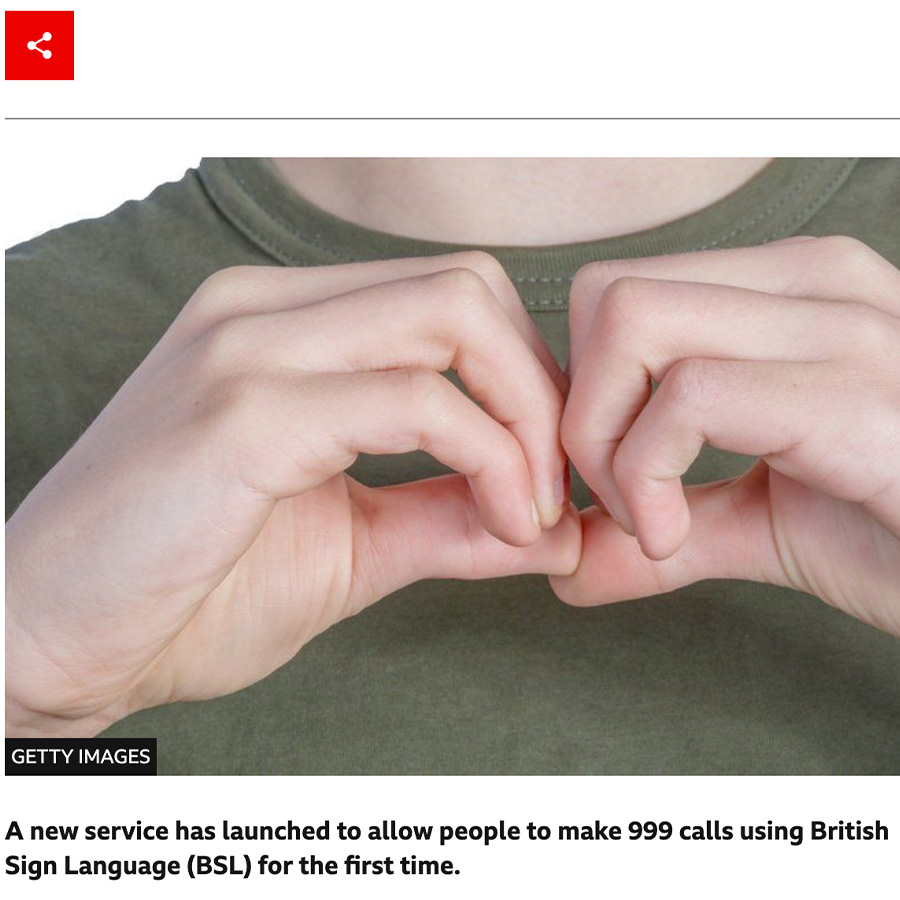