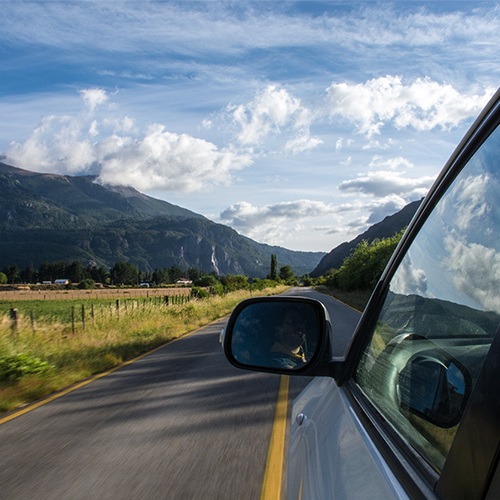 Road Tripping with my Deaf Friend

My friend who is profoundly deaf is a competent driver, but she cannot drive for too long or she will get dizzy because of her vestibular disorder.  So, I offered to help her drive with the dogs – a 20-hour road trip, during which I would do most of the driving.

The road trip started off fine.  When I am driving, it is easier to communicate because we use a speech-to-text app to communicate.  When the app works, all is good; she can read what I am saying.  And she is able to speak to me. However, when we went through no-man’s land, she couldn’t get a signal on her phone, so we could not communicate.  Well, she talked to me, but my voice was silenced.

I don’t know ASL.  My friend knows a little.  But, when we are driving, we want both hands on the wheel.  This limits communicating via sign language.

The road trip was going well.  My friend joked that she hated my choice of music and to change the station.  I kept the radio off.  I drove in silence, wondering what it was like for her to lose her hearing suddenly. A few years ago, she would have been playing DJ or listening to an audiobook. Now, she stared out the window.  It was different, but it was the same.

My back was starting to hurt so, after a dinner stop, it was time for my friend to take the wheel again.  She punched the destination into her phone and took off. After a few minutes, I wasn’t sure that we were going the right way, but I could not see her phone without my glasses. I waved at her in my confusion.  “Just point me where to go,” she said, but I could not figure it out and needed her to stop.  I tried talking into her other phone that had the speech-to-text app on it, but she said she couldn’t read when she was driving.  So, I got frustrated and told her to pull over, which, of course she didn’t hear.  So I waved my hands in frustration!  She got the signal and she stopped.

We assessed the situation and determined that we were going the wrong way. We decided it would be best if I would drive and she would navigate.  She may be deaf, but she has superior eyesight.

When the rubber meets the road, road tripping with a deaf friend can pose a few challenges.  Make sure that you communicate the route while stopped, as communicating while driving can be dangerous.  Utilize the car’s navigational system if applicable.

Is this that different than when I travel with other friends?  ‘Nope!  I get my other friends lost, too.  It can just be more frustrating when there is a communication barrier.  So, planning ahead of time can reduce this frustration.

The GalaPro App: Accessibility & Translation For Live Shows
Scroll to top