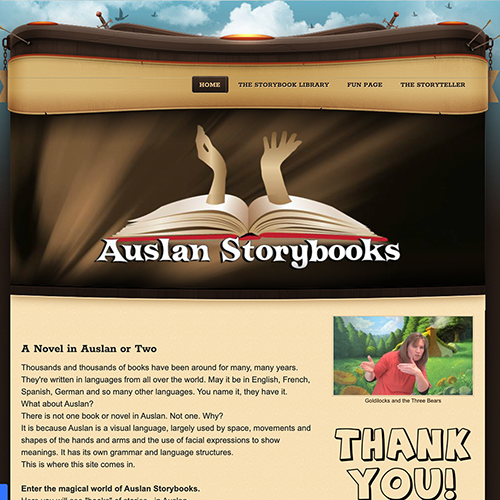 Thousands and thousands of books have been around for many, many years. They’re written in languages from all over the world. May it be in English, French, Spanish, German and so many other languages. You name it, they have it.

There is not one book or novel in Auslan. Not one. Why?

It is because Auslan is a visual language, largely used by space, movements and shapes of the hands and arms and the use of facial expressions to show meanings. It has its own grammar and language structures.

This is where this site comes in.