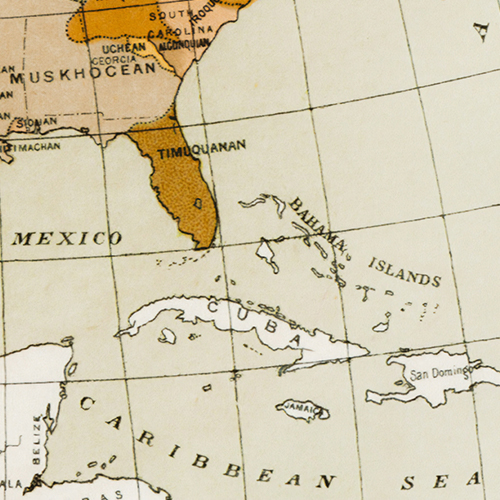 American Sign Language (ASL) is the sign language used by the educated deaf community in Belize, with some regional variation.  Deaf education and ASL were introduced in 1958.

Bay Islands Sign Language (BISL), also known as French Harbour Sign Language, is an indigenous village sign language of Honduras. It started in the village of French Harbour on the island of Roatán and spread to the neighboring island of Guanaja.  There is a high incidence of Usher syndrome in French Harbour, which causes deafness and then blindness. Because of this, BISL has developed both visual and tactile modes.

Mexican Sign Language (“lengua de señas mexicana” or LSM, also known by several other names), is the language of the Deaf community in Mexico.  87,000 to 100,000 people use LSM.  In 2005, Mexican Sign Language was officially declared a “national language”, along with Spanish and indigenous languages, to be used in the national education system for the Deaf.

Nicaraguan Sign Language (ISN; Spanish: Idioma de Señas de Nicaragua) was largely spontaneously developed by deaf children in a number of schools in western Nicaragua in the 1970s and 1980s.  Before that, the deaf were mostly isolated and used home signs and gestures.  So ISL is of particular interest to the linguists as it was developed as a new language.

Chiriqui Sign Language (Spanish: Lengua de Señas de Chiriquí, LSCH) is the principle sign language of the province of Chiriquí.  Located on the western coast, Chiriquí is the second most developed province in the country, after the Panamá Province.

There are an estimated six thousand deaf people in Panama. As many as two-thirds of that number live in rural areas that have no deaf community or access to sign language.