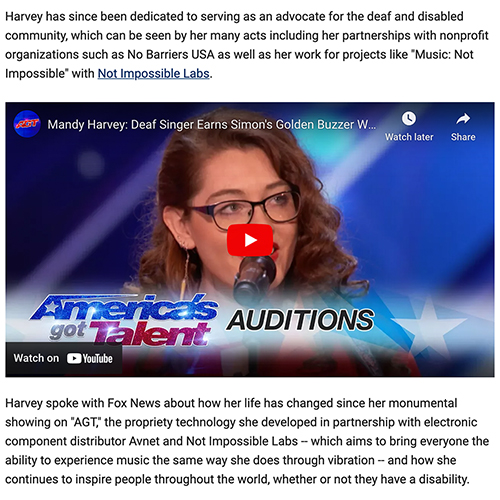 Deaf ‘AGT’ star Mandy Harvey on inspiring others through singing: ‘It has given me the profound blessing’ | Fox News

The former “America’s Got Talent” finalist shocked the world in 2017 when she received a coveted “Golden Buzzer” from none other than Simon Cowell with her performance of an original song she wrote called “Try.”

But what put Harvey over the top and catapulted her into stardom is the fact that as a singer-songwriter, author and speaker, Harvey is deaf. Collectively Harvey’s “AGT” Golden Buzzer audition has received over 500 million views.