As found in all human languages (both signed and spoken) observed by linguists, language naturally changes over time and geography. It also varies from person to person, across regions, and situations.

Variation is commonly defined as “a different way of saying the same thing” (e.g. “pop”, “soft drink”, and “soda” for the same thing or meaning). There are different types of variation: phonological, regional, gender-related, and few other types. This post focuses on the particular language, American Sign Language (ASL). 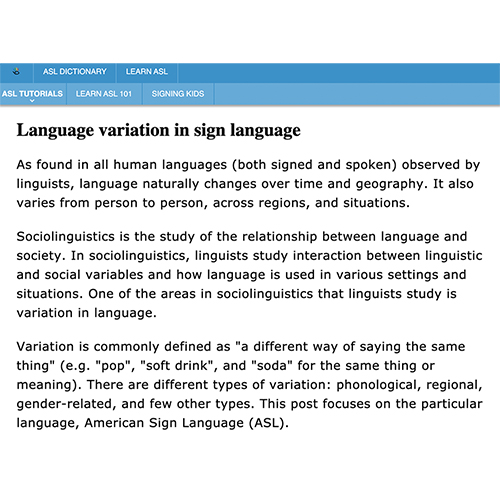