After two years of being sidelined by COVID-19, many bands are touring again!

British band Coldplay is back in action, kicking off a multi-city tour called “Music of the Spheres.” At a show in Costa Rica, the band delighted fans with all of their hits, but there was a deeper message for the public as well. For possibly the first time ever, a mainstream band tried very hard to include disabled people.

First, lead singer Chris Martin tried his best to speak Spanish to the mostly Spanish-speaking audience. Second, the band invited members of the deaf community to both nights of the shows and provided them with special tools to enhance their experience.

Silencio backpacks are sensory vests that vibrate in sync with the music. When worn, deaf and hearing impaired people can experience the beats physically instead of with their ears. 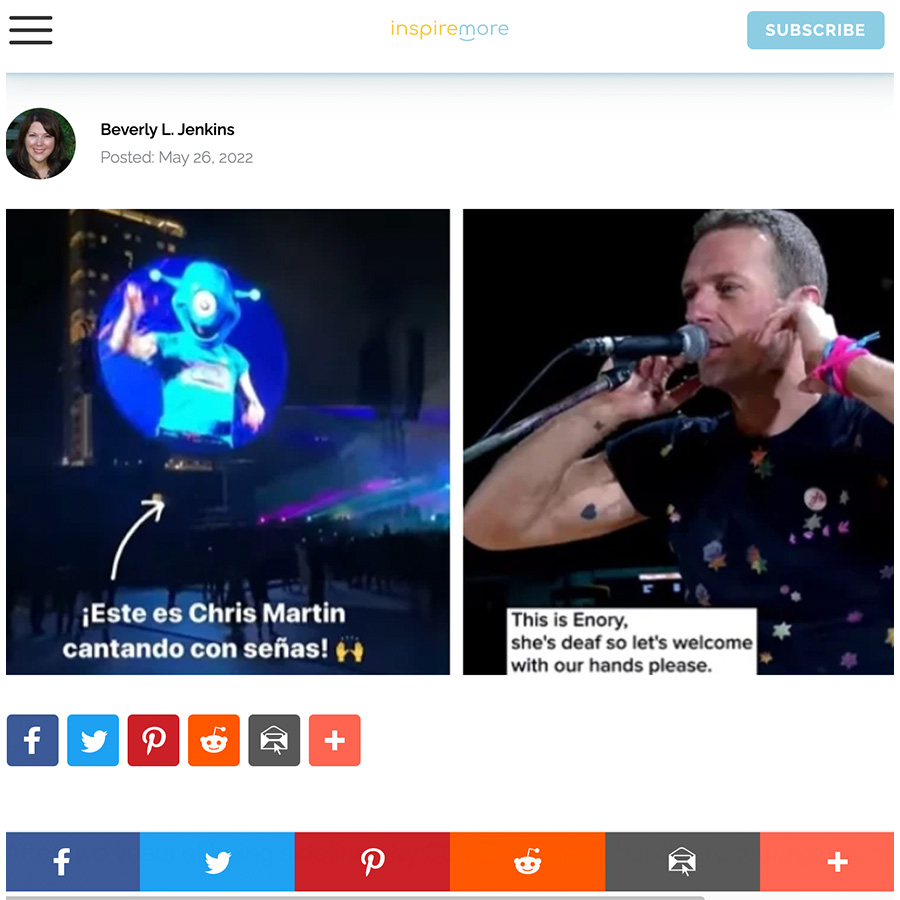 Parents of deaf children often miss out on key support from Deaf community |...

Hartford students — fluent in American Sign Language and Ukranian — among...
Scroll to top