‘Echo’: How Alaqua Cox brings both deaf and Indigenous representation to the Marvel Cinematic Universe | aol.com

After making her debut as Echo (aka Maya Lopez) in last year’s Disney+ series Hawkeye, Cox became the first major Indigenous character — and only second deaf one — to be prominently featured in the Marvel Cinematic Universe. And next year, Cox, 25, will get her own spinoff series, Echo.

At Disney’s D23 Expo in Anaheim, Calif. this past weekend, Cox tells Yahoo Entertainment that she’s been in regular communication with Lauren Ridloff, the deaf Walking Dead actress who entered the MCU a year earlier as Makkari in Eternals.

“Lauren is amazing and it’s great to have another deaf actor within the Marvel universe that I can talk to,” Cox tells us through a translator (watch above). “Because it’s full of hearing people that don’t sign, they don’t understand, so we can’t express feelings to each other. So it’s nice to have someone by my side who knows what it means. She’s a fantastic actress. She gives me great advice.”

Read more and watch the videos: 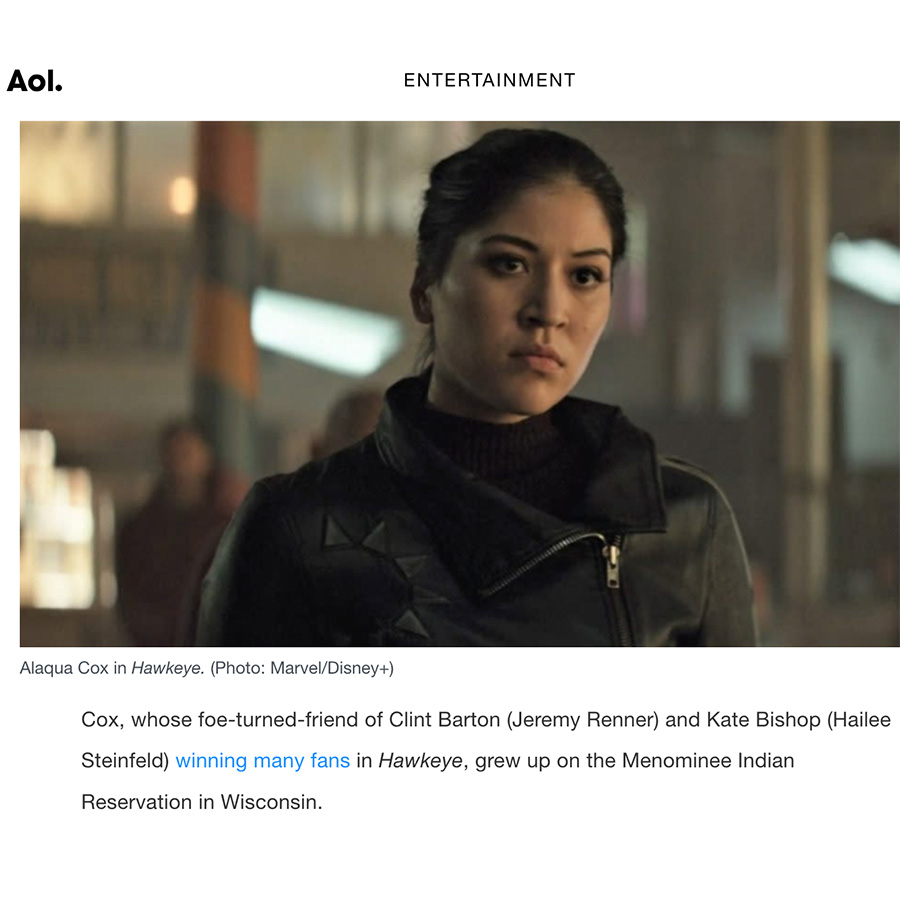