New FDA Rule in Effect: What to Know About Over-the-Counter Hearing Aids | CNET

As soon as today, hearing aids will be available at stores including Walmart and Best Buy. If you have mild or moderate hearing loss, here’s what to know.

If you were waiting for the day you can buy a hearing aid at Walmart, now’s your chance. The company said Monday it will be selling over-the-counter devices, joining the likes of Best Buy and Walgreens, with more stores and pharmacies nationwide to follow, now that a finalized rule from the US Food and Drug Administration is in effect. If you’re an adult with mild or moderate hearing loss, you can now buy a hearing aid without a prescription.

Hearing loss might be more common than you’d think. About one in three adults between the ages of 65 and 74 have some degree of hearing loss. About half of us will have difficulty hearing by the time we surpass 75. Hearing loss can also occur in younger people who have a genetic or health condition or may have damaged hearing from frequent exposure to loud music or noisy environments and workplaces.

It should be no surprise, then, that a push to make hearing aids more available has been underway for years. They aren’t covered by most insurance providers, including original Medicare plans. But in August, the FDA announced that its new rule will allow hearing aids to be sold over the counter, without a prescription or doctor’s visit, effective Oct. 17.

Federal health officials said that allowing people to access hearing aids OTC will make them a more affordable and convenient product for the roughly 30 million American adults who need one. But even with significantly reduced cost-saving people hundreds or even thousands of dollars for a pair — many over-the-counter hearing aids will still cost a pretty penny.

And while improved access to hearing health is a “phenomenal” development, there’s a lot more to consider when someone is getting care for hearing loss, including finding the right fit for a hearing aid, as well as someone’s processing of language and sound.

What types of hearing aids will be sold OTC?

An exact test on how to gauge your hearing loss as “mild or moderate” isn’t clear at this point, however, since over-the-counter models won’t be available for a couple more months. But Ashby-Scabis guesses that many hearing-aid makers will use an accompanying app that someone can use to test their hearing – others may be more simple. But the fact that people will need to decide for themselves what kind of hearing loss they have (and potentially miss a more severe type of loss or other health concern), is one of the bigger issues with over-the-counter hearing aids, according to Ashby-Scabis.

“That’s going to be a little confusing for folks, because how do you know what degree of hearing loss you have?” 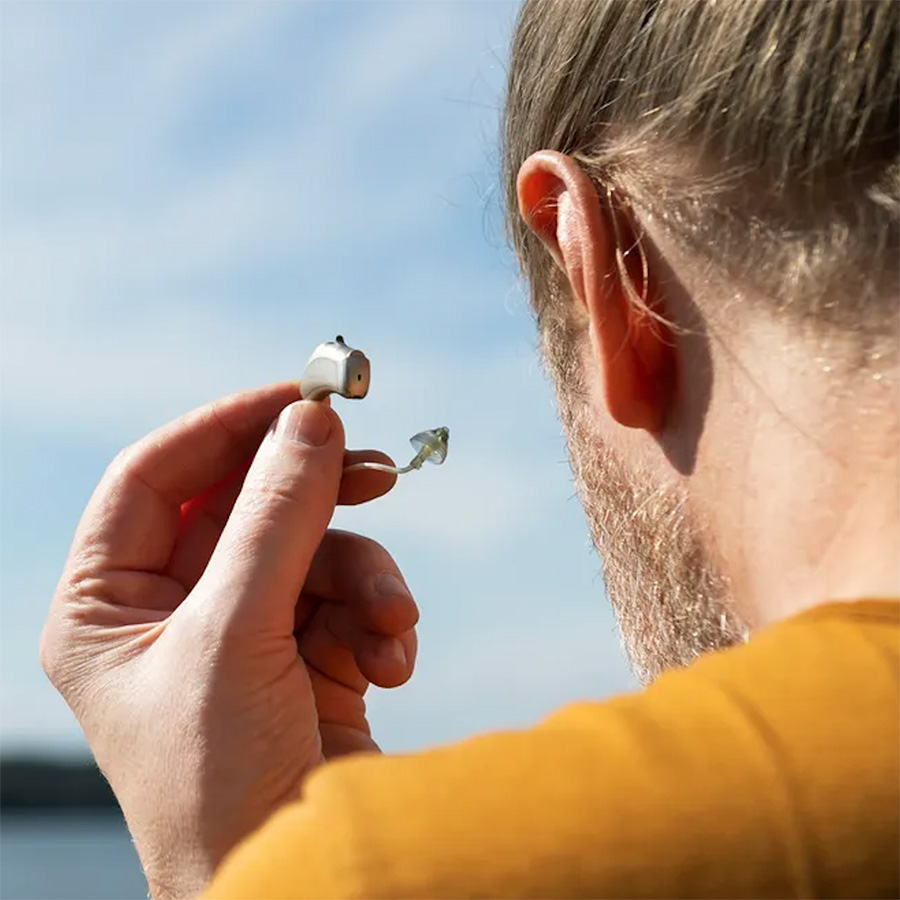 SHOULD WE BE TEACHING OUR BABIES ASL?