A food editor has recalled the unforgettable moment that staff at a sushi restaurant accommodated her sister, who is deaf, by learning American Sign Language (ASL).

According to Keomoungkhoun, after loving the restaurant herself, she recommended it to her sister, who she described as a “big foodie”.

“My sister, a big foodie, was able to score a reservation earlier this month and had an experience that she’ll remember for the rest of her life,” the food editor wrote.

In a follow-up tweet, Keomoungkhoun recalled how, ahead of the reservation, her sister had emailed the restaurant about accommodating herself and her husband, who is also deaf. “She knew the hype behind the omakase tasting menu, and she understood that a lot of the meal is intimate and explained by word of mouth,” Keomoungkhoun explained, while noting that it is “sometimes hard” for the couple to “communicate”.

Keomoungkhoun then revealed that the restaurant responded by sending over a tasting menu ahead of time, “which allowed [her] sister and her husband to get an idea of what the night would look like”. “They were happy with that,” she added. 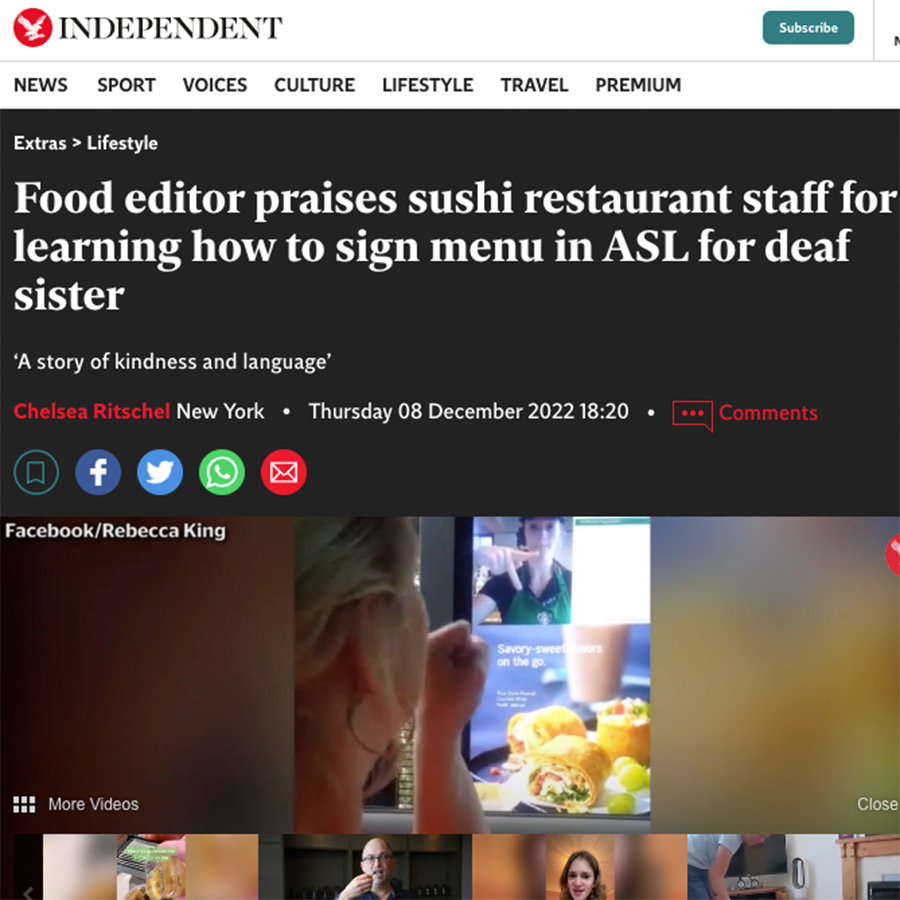