Ringing, buzzing and hissing in the ear – hearing specialist offers tips to turn down the tinnitus | News24 | Life

Some researchers say tinnitus is generated in the ear, while others hypothesise that it happens in the brain.

People who are experiencing tinnitus should have an ear exam to rule out simple causes such as earwax buildup, an infection or a hole in the eardrum.

At the moment, there is no cure.

However, for many tinnitus patients, the passage of time can make a huge difference – it may take several months, or even a few years, but at some point, the condition often largely resolves itself.

Not a week goes by when I don’t see someone in my clinic complaining of a strange and constant phantom sound in one of their ears, or in both ears. The noise is loud, distracting and scary – and it doesn’t go away.

The kind of sound varies from patient to patient: buzzing, blowing, hissing, ringing, roaring, rumbling, whooshing or a combination thereof. But whatever the sound, the condition is called tinnitus. And one thing tinnitus patients have in common is that the sound is not an external one. Instead, the noise is literally inside their head.

As a neurotologist – that’s an ear specialist – I have seen approximately 2 500 tinnitus patients during my 20-year career. That might sound like a lot, but it shouldn’t be a surprise – up to 15% of the U.S. population experiences tinnitus. That’s more than 50 million Americans.

Roughly 20 million of those have burdensome, chronic tinnitus, and another 2 million struggle with extreme and debilitating tinnitus. The condition seems to strike middle-aged people the most, but I have seen younger patients and even teenagers with tinnitus. 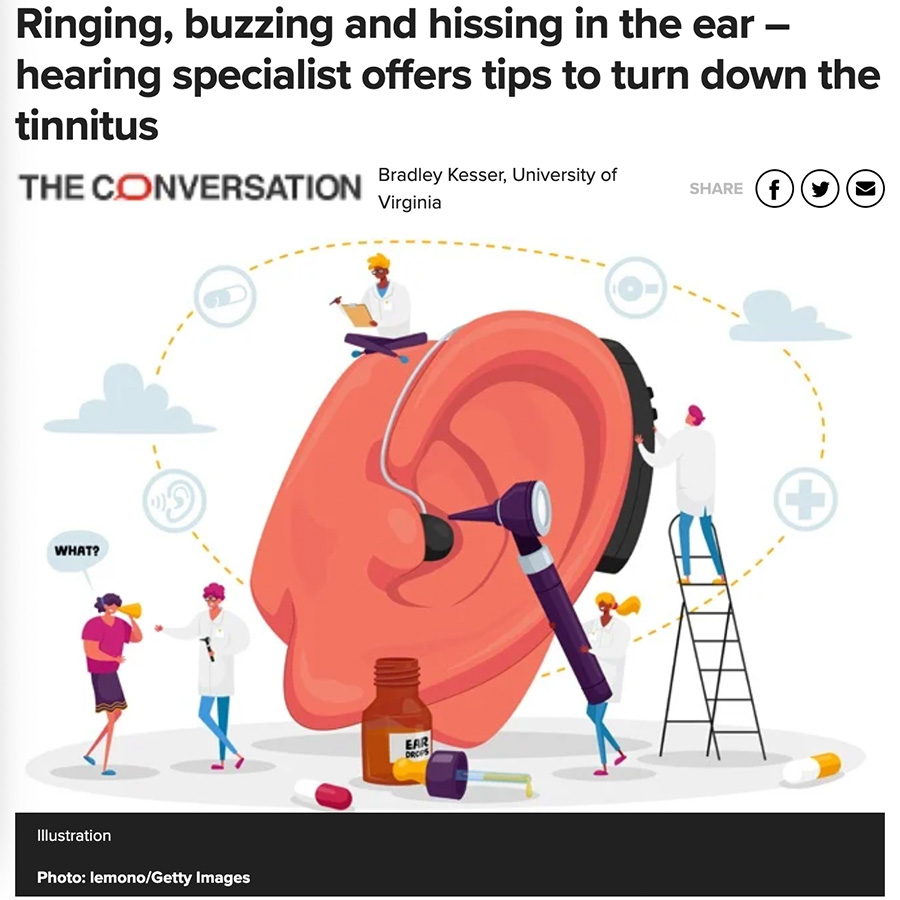