Deaf, Oscar-winning actress to shine a spotlight on Jewish individuals with disabilities | JNS.org

Sixty-one million adults in the United States live with a disability, according to the Centers for Disease Control and Prevention (CDC), while the World Health Organization (WHO) estimates more than one billion people worldwide live with some form of disability. On Monday, January 31, 2022, Marlee Matlin, a Jewish and deaf trailblazing Oscar-winning actress, producer, New York Times bestselling author, and activist, will be the keynote speaker at Jewish National Fund-USA’s (JNF-USA) national virtual event kicking off Jewish Disabilities Awareness, Acceptance, and Inclusion Month (JDAAIM), a time of year when Jewish communities and organizations raise awareness and foster inclusion for people with disabilities and special needs. 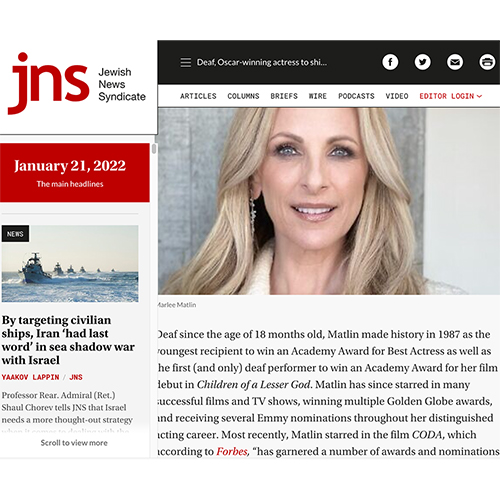 Health disparities among Black deaf and hard of hearing Americans as compared...
Scroll to top