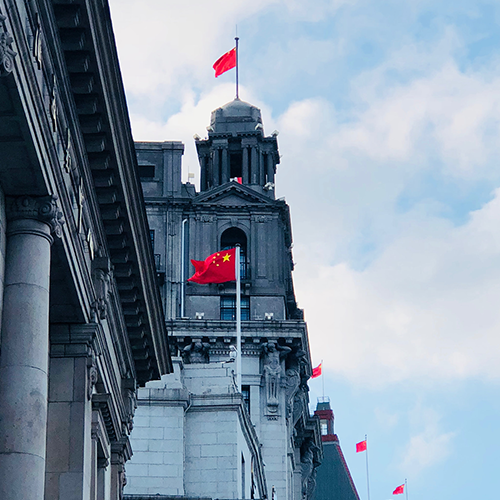 The official sign language of the People’s Republic of China is Chinese Sign Language (abbreviated CSL or ZGS).  CSL is simplified Chinese. ZGS is traditional Chinese.

There are two main dialect of CSL: Southern CSL and Northern CSL. Southern CSL is centered on Shanghai and influenced by French Sign Language.

Northern CSL came out of the Chefoo School of Deaf and influenced by American Sign Language.  Northern CSL has the greater influence from Chinese, with for example character puns.

Hong Kong Sign Language (HKSL) derives from CSL, but it is a separate language and not mutually intelligible.  HKSL is the sign language of Hong Kong and Macau.

There are over 20 million deaf people in China — around 1.67 percent of the population.